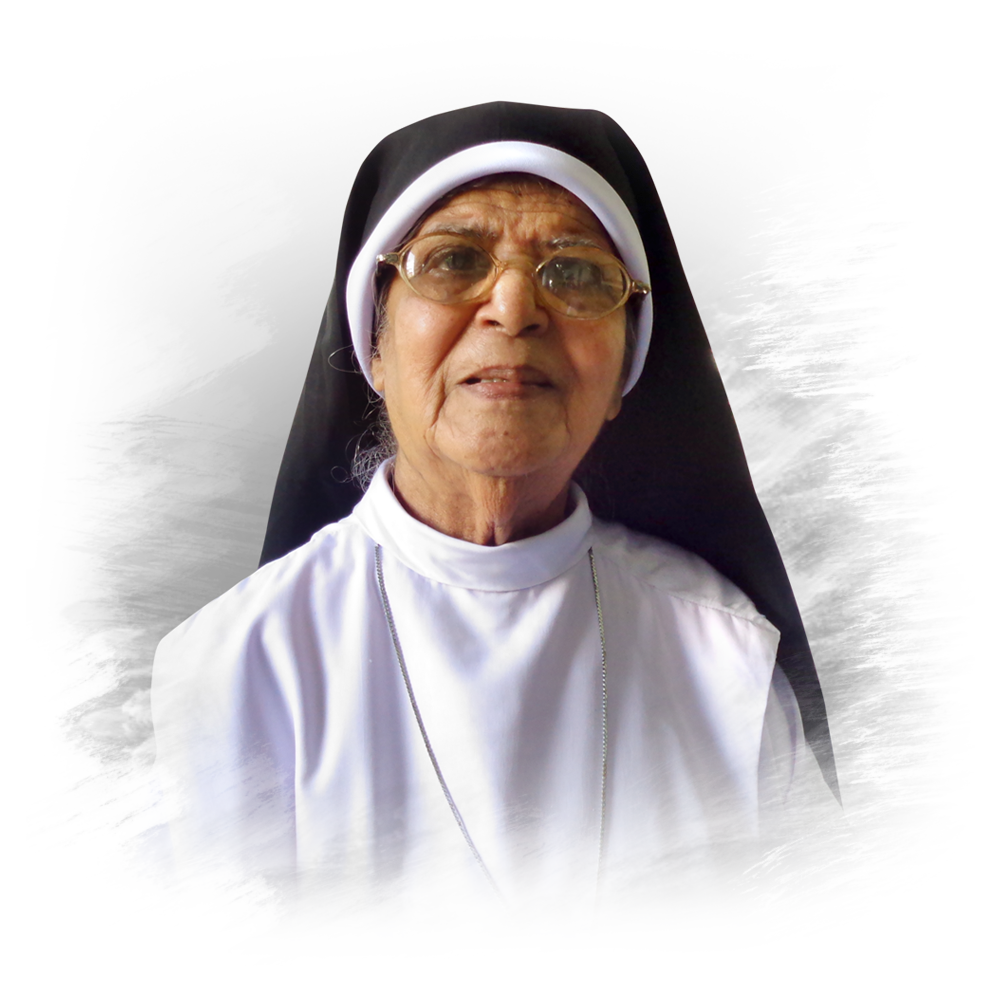 An evening of 1965. Outwardly, there was nothing special to point out. But, as she sat before the Blessed Sacrament in the Convent Chapel, at once, as a revelation from above, an idea came to her mind: I have to tread a different path to help those children whose life-song has been thoroughly interrupted - those children with mental retardation (now known in some quarters as people with ‘intellectual disability’). It was a time when no one in the world had seriously thought about these children, who were stigmatized by the general public, could be brought to the mainstream society. But, she didn’t get permission from her superiors to start this new and risky venture. She waited with patience for God’s time to come, yet without putting out the flame of fire in her heart.

When she got retired from teaching ministry in school in 1985 at the age of sixty, she went directly to Trivandrum (Kerala, India) to learn how to care, look after the mentally challenged children in order to improve their functional capabilities. And she believed that it was possible. And next year, 1986 January, she founded a centre at Potta (Trissur District, Kerala) by name “Madonna Centre for the Mentally Retarded.” She continued as its director until her death on 17th August 2017. Her blessed name is Sr. Rubina CMC, a Carmelite nun of Udaya Province, Irinjalakuda. Madonna’s children call her Rubinamma (Mother Rubina). Her only ‘companion’ at that junction was Sr. Anjo CMC, who has been living with Sr. Rubina for over three decades.

Sr. Rubina was born in 1924 at Karanchira, in a rich family, and her baptismal name was Catherine. She had degrees such as B. A. (Bachelor of Arts), B.T. (Bachelor of Teacher’s Training) and M. Ed (Master of Education) from Madras University. After her studies, she worked as a teacher in different schools. But, she resigned her job at the age of 24 and joined the Carmelite Religious Congregation and became a nun, accepting ‘Rubina’ as her new name. Now onward she belonged only to her divine bridegroom, Jesus

A visionary and a strategic planner in leading, directing, advancing and evaluating a new venture, Sr. Rubina has no many peers. She has implemented and executed grant projects for the mentally disabled children, whom she describes as ‘God’s Special Children.’ Madonna Vocational Training Centre, Madonna Therapy Centre, Madonna Dental Clinic (thanks to the co-operation of Dental Association, cost free service to the children) are some of them. Her passionate love for these underprivileged ones is coupled with her deep devotion to reduce their miseries to the minimum. Furthermore, she wanted to make them proud citizens of the nation.

Sr. Rubina was determined to change the world especially the world’s attitude towards the mentally deficient children. The world branded these children are ‘accursed by God,’ or ‘sinful products of previous birth.’ But, Sr. Rubina embraced these children and said, ‘they God’s blessing for us.’

Sr. Rubina believed in a sort of ‘independence’ of Madonna, trusting solely on the Divine Providence. Sr. Rubina herself operated at extreme of capability, and like any great founder of a new venture, Sr. Rubina was hard on herself and others. She had a special capacity to create high performing team, and set high standards for quality and execution. Sr. Rubina’s love and charisma was so compelling that she commanded our attention. She had a magnetic impact on the people around her. As they say, ‘she fills the room!’

Personally, Sr. Rubina lived the life of a saint. Her simplicty and honesty is beyond description. We believe that one day she will be declared a saint, who sits beneath the throne in heaven “holding golden bowl full of incense, which are the prayers of the saints” (Rev 5:8).